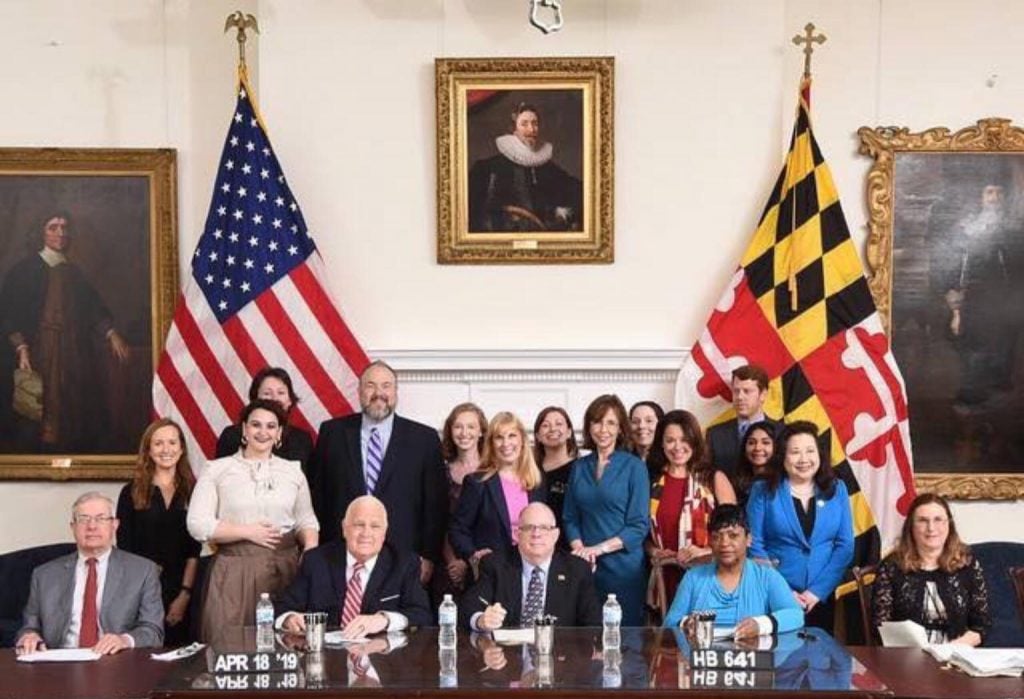 2019: Another Year of Progress for Maryland’s Animals!

With a historic number of new members in the 2019 Maryland General Assembly, we were faced with a challenge. We had 90 days to educate legislators, many of whom had never been exposed to these topics, about animal welfare issues that affect companion animals, farm animals, and wildlife. In the past, we had grown accustomed to fighting against animal issues being relegated to the back of the list of priority legislative items. However, this session, we found legislators to be very interested in discussing how problems that affected animals intersected with the environment and the greater community. Kudos to the all of you who filled out a Maryland Votes for Animals Action Alert about one of our priority bills! Legislators repeatedly shared that they were getting feedback from their constituents about specific animal bills and issues. Your voices are being heard in Annapolis!

This session, we focused attention on “The Link” between animal abuse, domestic abuse, child abuse, and elder abuse. Establishing and highlighting this connection between all four of these forms of violence was important in our often uncomfortable, but critical, discussions about legislation combatting animal cruelty and animal sexual abuse.  Similarly, we found a greater awareness of the relationship between animals and the environment as we tackled the use of antibiotics on farm animals when they are not legitimately sick, brutal Cownose Rays killing contests in the Chesapeake Bay, and banning the use of polystyrene containers that create hazardous conditions for wildlife.

We salute the many legislators who not only supported humane legislation, but also stepped forward to sponsor, co-sponsor, and advocate with us for our priority bills. Thanks to a dedicated team of citizens, advocates, organizations, and legislators, we were able to pass all four of our priority bills:

Protection of Animals from Sexual Abuse – Criminal Law- Animal Sexual Abuse HB 641: Makes animal sexual abuse a felony, closes loopholes in the current law, and strengthens Maryland’s prohibition against sexually abusing animals such as those who allow others to sexually abuse their pets, often for profit. Judges can order a defendant not be allowed to own or reside with animals and may also order a convicted abuser to undergo and pay for psychological counseling. Studies have shown that violence to animals has a direct correlation to abuse of children. Sponsored by Delegate Atterbeary and Senator Lee. Signed by Governor Larry Hogan on 4/18/19.

Extending the Ban of Cownose Rays Killing Contests – SB 143/ HB 213: In these cruel contests, participants compete to kill hundreds of Cownose Rays who migrate into the Chesapeake Bay while they are pregnant and then throw the dead animals back into Chesapeake Bay. This legislation extends the moratorium on these brutal contests until the Department of Natural resources creates a species management plan. Sponsored by Senator Young and Delegate Stein. Signed by Governor Larry Hogan on 4/30/19. 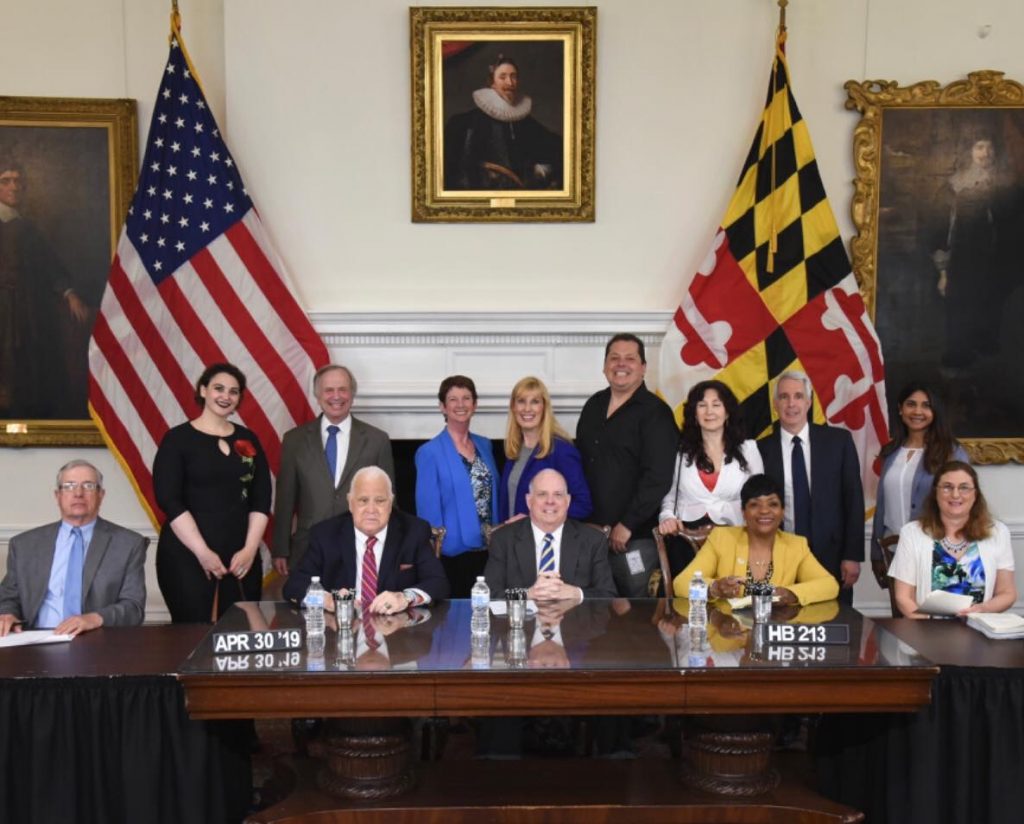 Cruelty to Animals – Payment of Costs – SB 152/HB 135:  Allows judges to award restitution to agencies for the costs of caring for animals seized due to cruelty. Sponsored by Senator Ready and Delegate Moon. Signed by Governor Larry Hogan on 4/18/19. 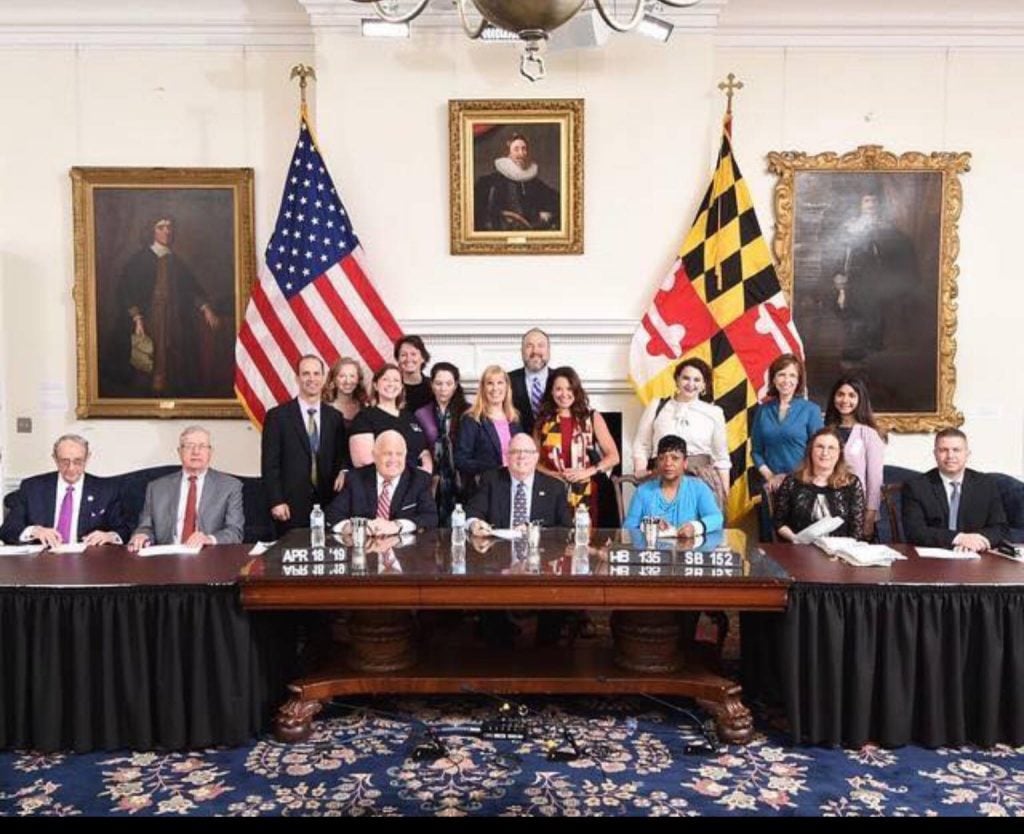 Keep Antibiotics Effective Act SB 471/ HB 652:  In the U.S., nearly 70% of antibiotics are sold for use on farms. They are often fed in routine, low doses to animals who aren’t sick to prevent diseases that can be caused by poor diets and stressful, cramped or unsanitary living conditions. This legislation strengthens the regulations of the Keep Antibiotics Effective Act of 2017 and improves farm animal living conditions by ensuring that Maryland cattle, swine, and poultry are not fed antibiotics unless they are deemed medically necessary by a veterinarian. Sponsored by Senator Pinsky and Delegate Sara Love.

In addition to our priority legislation, we worked on additional bills: to eliminate breed discrimination in homeowner’s insurance, end animal testing in cosmetics, and place restrictions on keeping dogs outside in extreme weather. While we these bills did not pass, we feel that the issues raised could potentially be revisited in subsequent legislative sessions or at the county level. We successfully opposed two statewide Sunday Hunting Bills, one to hunt deer and the other to hunt migratory birds, which did not make it out of their respective committees. We were proud to support Expanded Polystyrene Food Products – Prohibitions HB 109/ SB 285 sponsored by Senator Cheryl Kagan and Delegate Brooke Lierman. Maryland is the first state to pass this bill which will reduce the polystyrene products that get dumped into our waterways adversely affecting wildlife.

We could not have accomplished these monumental victories without your grassroots support. Your calls, emails, and visits to your legislators sent a powerful message: Animal issues matter to voters!

DONATE and make a difference today! Maryland Votes For Animals, Inc. is committed to making Maryland a safer place for animals through political action and humane legislation. Your contribution will provide critical support for our mission and ensure that your voice for animals is heard in the Maryland General Assembly!

We have no paid staff so every dollar that you give goes directly towards our work for animals.